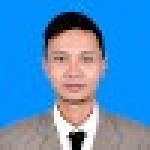 Penny slot machines are one way that casinos use psychology to get an edge over players. By calling a certain set of slots games “penny slots”, they make these games seem more affordable than they really are, which attracts gamblers who might have avoided nickel slots or quarter slots.

Most penny slot machines encourage players to bet on multiple pay lines or to bet more than one penny per line. It’s relatively easy when playing a 5 reel slot machine with 25 pay lines to wager $1.25 per spin without even realizing it.

This is one of the primary reasons gamblers should educate themselves and pay attention to the games they’re playing. Casinos are in business to make a profit, and no one should begrudge them that. Heck, that’s the American way. But it’s your job as a gambler to make yourself aware of the costs associated with this form of entertainment. Penny slots can be a great deal, but they can also drain your wallet faster than you ever thought possible.

One of the biggest mistakes that penny slots players make is to gamble without a budget. They assume that since they’re playing for such low stakes, they don’t have to worry about how much they’re spending. But even if you’re playing for a penny a spin, the losses can add up quickly.

Of course, these are theoretical amounts that apply to an infinite number of spins. In the short term, anything can happen, but the casino has a mathematical edge that’s hard to beat. They could set the payout percentage for the dollar machine at 99%, and it would still be more profitable to the casino than the penny machine.

But the average slot machine player doesn’t go in and wager a single penny per spin. The average player is going to place the max bet, which might be 5 cents per line, and it might (probably) be a multi pay line machine, with 9 pay lines. Now that gambler is putting 45 cents into action on every spin, which amounts to a total amount wagered per hour of $270. With a 75% payout rate, that player can expect to lose $67.50 per hour.

So the penny slots player is losing more on average per hour than the dollar slots player, even though she’s playing for lower stakes.

Smart penny slots players pay attention to this sort of thing and don’t fall for the psychological tricks involved in penny games.

How to Win More When Playing Penny Slots

You’ll find a wide variety of advice about how to maximize your winnings and how to minimize your losses when playing penny slots. Some of this information is good, but a lot of it is just hokum.

I also saw a page that advises the reader not to waste her money on a cold machine. If you’ve read the page on this site about slot machine myths, you’ll understand already that there’s no such thing as a hot or cold slot machine except in retrospect. It’s human nature to look for patterns in events and assume that those mean something, but in the case of penny slots, those patterns only exist in the past, and they were the result of pure chance. Each spin of the reels is 100% independent of the other spins before it or after it.

On the other hand, I’ve also seen advice about playing penny slots that made sense. Deciding in advance how much money you’re willing to lose during a gambling session is just a good, practical decision. It takes into account the fact that you’re playing a negative expectation game, and it also helps you treat your slot machine budget the way you should—as an entertainment expense.

Penny slots can be fun, but they can also cost more money than you’d expect. Educate yourself about the mathematical realities behind these games before wagering money on them.